Friends of Austin Neighborhoods urges you to vote for Teresa Griffin as best Neighborhood Activist in the 2015 Austin Chronicle Best of Austin poll.

Mrs. Griffin is a board member of Friends of Hyde Park, one of the first neighborhood organizations to join Friends of Austin Neighborhoods in promoting inclusive neighborhood representation that is welcoming to the many diverse voices of Austin residents.

This is a great opportunity for FAN to spread the message of inclusiveness, and for FAN members to reach out to other Austin residents who don’t feel represented by their current neighborhood representation. 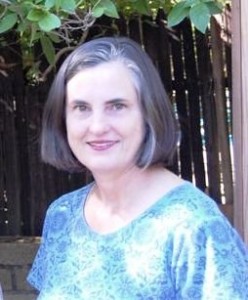 Teresa Griffin, resident of Austin since 1969, like many of her generation, became an activist by joining anti-war demonstrations on the UT Austin campus. In the late 70’s she was a founding member of the University of Texas Employees Union, now a part of the Texas State Employees Union, seeking better wages and benefits for UT staff. In the 90’s Teresa was a leader of Austin Interfaith, a non-partisan, multi-ethnic, multi-issue organization that addresses public issues that affect the well-being of families and neighborhoods in Austin, such as education, housing, and living wages.

In 2014, Teresa became interested in the challenges facing Austin in this time of rapid growth, with  rising rents and home prices, unresolved transportation issues, and declining quality of life in the city.

In the interest of broad grassroots participation in these issues, she became a founding member of Friends of Hyde Park (FOHP), a neighborhood organization that does not charge dues and allows everyone in Hyde Park to participate at any time through an online discussion forum and online voting. On the FOHP discussion forum, after the Charleston shootings, she raised the long-festering question about the name of Hyde Park’s neighborhood school, Robert E. Lee Elementary, and proposed that FOHP vote to support renaming the school.