One of the Ten Commandments is:

Thou shalt not take the name of the Lord thy God in vain.

But many of us are guilty of having committed another sin: using the word “neighborhood” in vain. 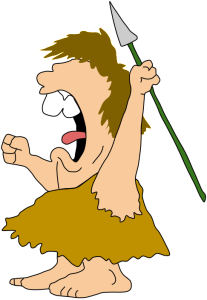 This use of the word “neighborhood” is disenfranchising, and we and city officials need to stop using the term this way. It’s often a code word for “the vocal minority of neighborhood residents who tend to oppose change”. It usually refers to a conservative set of incumbent homeowners and not to renters (who compose the majority of our city), to progressive-minded homeowners, or to new people who aspire to be our neighbors.

Neighborhoods are geographical areas. They don’t have opinions. People like you and me – and every single person in this city – live in neighborhoods, and we have a diversity of viewpoints and perspectives. Treating neighborhood voices as one monolithic entity is disenfranchising, especially to those of us who don’t fit the stereotypes.

A neighborhood advocate is someone passionate about the quality of life of people in neighborhoods and about our neighborhoods’ role in the larger community.

Rather than treating ourselves as exclusive clubs of incumbent homeowners, some of us welcome people of all socioeconomic backgrounds who want to live in our neighborhoods, and we support building an abundance and diversity of housing and amenities to accommodate the newcomers. If we recognize the opportunities that inclusiveness affords, we can improve and desegregate our neighborhoods instead of treating them as if we are under siege.

When we want to refer to a subset of neighbors, let’s be more specific. Depending on the situation, a more appropriate term might be “some voices in the neighborhood” or “neighborhood conservatives” or “some people in some neighborhoods”. And let’s insist that our city officials and neighbors stop using the word “neighborhood” in vain.

By the way, if you aren’t already a member of Friends of Austin Neighborhoods (FAN), and you want to join the cause to broaden and improve the dialog about neighborhoods in Austin, click the JOIN button at http://www.atxfriends.org.